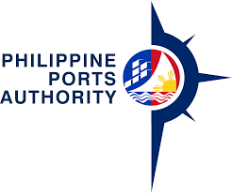 In compliance with the directive of President Bongbong Marcos to reduce transportation costs, the Philippine Ports Authority (PPA) announced the suspension of port rate hikes and bidding under its Port Terminal Management Regulatory Framework (PTMRF) to give way to its pending review.

In a PortCalls release, it was reported that Department of Transportation Undersecretary Elmer Sarmiento during the 2022 National Maritime Week Celebration also disclosed that PPA is reviewing the possibility to reduce its existing rates.

The Export Development Council Networking Committee on Transport and Logistics (EDC-NCTL), together with other business groups, earlier wrote to the PPA regarding the proposed cargo handling fees for Davao and Iloilo Ports, stating that cargo handling rates in the country are already the highest in the region, and the proposed rates of PPA will only make the cost more expensive without any guarantee that operations will be efficient. Further, they suggested that the stakeholders must be given time to study and understand the implications of the current framework, as it will ultimately impact their competitiveness and ability to serve their customers. Until then, the current status quo must be upheld. The group reiterated that they are supportive of modernization that is appropriate for current and future needs, set in a transparent manner, and easily justified.

In addition, PPA also deferred the filing of online applications for accreditation from August 31, 2022 until the new guidelines on Permit To Operate (PTO) requirements have been approved by the PPA Board.

EDC expresses its support and gratitude to PPA’s response to the call of President Ferdinand Marcos to lower transportation cost by reviewing the existing and proposed rates as this will be beneficial to the competitiveness of the exporters as they recover from the pandemic-inflicted losses. KJDA